“If you hadn’t been here, I reckon I would’ve just collapsed on the floor with fear!”

Two Community Chaplaincy Norfolk (CCN) Mentors have been waiting outside since 8.30 (we aim to work in pairs on a gate meet).  Release time is always uncertain and depends on how many people are being shipped out to attend court or on transfer to other establishments.  Sometimes it’s a lengthy wait, but not today.

“As if I’m out of prison!” Scott is wide eyed and visibly shaken as we walk across the prison car park. He’s just served 15 months of a 2.5-year sentence and signed up for support from CCN a couple of months prior to his release.  He says he didn’t sleep much last night, and that his stomach was too unsettled to eat breakfast this morning.

We get into the car and ask Scott about his release paperwork.  He has a handful of papers which include his license conditions and details of the appointment time which he must attend at the Probation office today.

“They’re sending me to Ipswich, I didn’t find out till just now”.  It’s common for the people we meet coming out of prison to have little or no idea where they will live when released.

As we drive down the prison driveway, past the high white fence topped with razor wire, Scott reflects on the offending behaviour which brought him to prison. “It’s a while since I’ve been in a car.  Driving the way I was, thank God I didn’t hit anyone!” We give him credit for his ability to reflect on and take responsibility for his misconduct, part of the role of a CCN Mentor is often to support someone to come to terms with the impact of their crimes.

We stop at the local shop so Scott can spend some of his discharge grant (recently increased for the first time in 25 years, from £46 to £76) on a cold bottle of cola.  I remind him to check for oncoming vehicles when he crosses the road – there is no traffic in prison.

We head down the hill and park outside Centenary House, another Probation customer waiting on the steps outside greets Scott with a fist bump and offers him a swig on a can of beer. “Nah mate, I’m done with that” he grins.  Many prison leavers find the company and influence of old associates challenging to avoid, and good intentions to remain drink or drug free can be easily foiled by encounters such as this.  We affirm Scott’s handling of the situation and sit in the waiting room until his Probation Officer comes and invites us all through to a meeting room.

The Probation Officer talks through the conditions on Scott’s license, explaining that he will be expected to reside at an Approved Premises – a hostel managed by the Probation Service, where he will need to sign in at the office three times each day, and be inside between the hours of 7pm and 7am.  Scott signs to say that he agrees to and understands the terms of his release, and that any breach of the rules will mean he will be recalled to prison.  Talking about his hopes for the future, finding work and to re-establish relationships with family members is emotional for Scott and he sheds a few tears.

Scott is provided with a travel warrant and we head off to the train station to exchange it for tickets.  We talk about the importance of remembering to eat regularly and one of the Mentors accompanies Scott into the shop to help him choose some lunch for the journey.  Mealtimes are a set part of the regime in prison, and the flurry of activity on release, along with being unaccustomed to planning or preparing food, often means that prison leavers don’t eat consistently, which can have a negative impact on mood or behaviour.  One of the roles of a CCN Mentor is reminding Clients about the simple building blocks of life.

We check the route from the train station to the hostel, make arrangements for Scott to check in with his Mentor by phone over the weekend, and agree that she will visit him next week.   He expresses his gratitude and we watch and wave as he goes through the barrier and gets on the train.

Walking away, we both articulate a wave of emotion. It is an intense experience to witness the transition, and we are both acutely aware of the challenges Scott will face, and his vulnerability.  It feels valuable to contribute towards increasing his chances of successful reintegration into society. 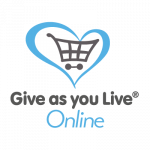